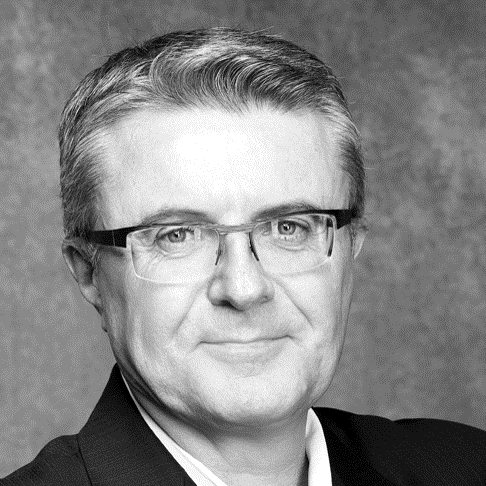 Learning by nature has always been in the game of preparing the next generation to take the lead, but in a world which is changing faster and faster, conventional learning methods like conceptual learning in classrooms or mentoring on the battlefield, are not sufficient to take up the challenge, essentially because they cannot follow the pace of change which has become exponential. 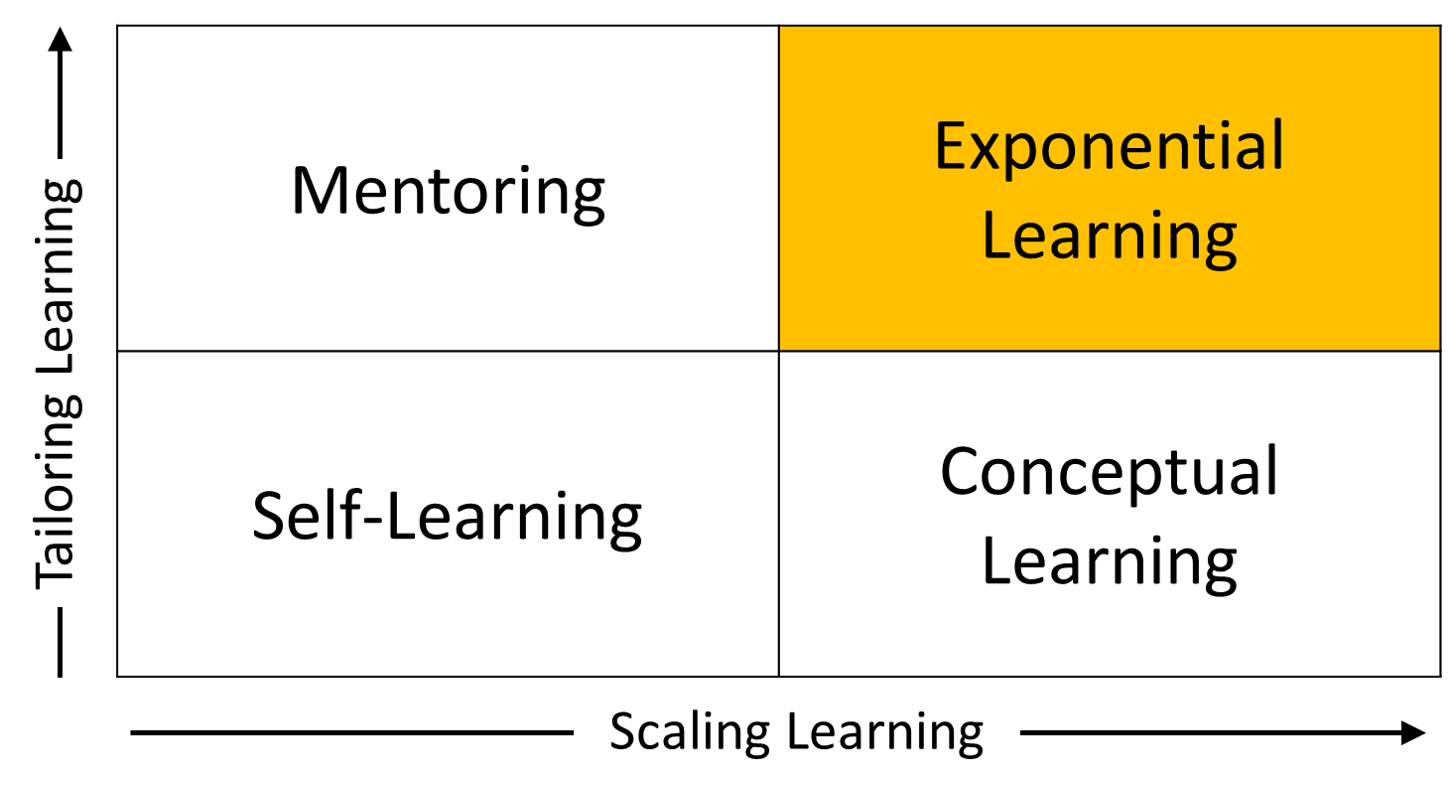 Smart Serious Games powered by digital technology offer a breakthrough way that combines the qualitative benefits of mentoring with the quantitative benefits of conceptual learning, creating a new species I call Exponential Learning, which can be described with the adjacent graph.

How is possible this miracle ? The theory is quite simple to understand, but extremely difficult to execute. It is in fact our core know-how at Value Games, and if we take the example of our most famous game Value Race, the exponential learning effect is achieved by using the game literally as a Messenger RNA of the new way of working which needs to be introduced, as shown below :

Unlike real Messenger RNA for the vaccine against COVID, there is no rocket science in Value Race as a Messenger RNA of a new way of working. Only a long experience of 15 years of practice with the game across the Globe, during which we have encapsulated the indispensable DNA code for Exponential Learning, which is to :

To illustrate how the “5 E’s” code operates, let’s remind first the fundamentals of true Learning. Since the american philosopher John Dewey in the 19th century, we know that true learning follows the experiential learning cycle, described on the right. 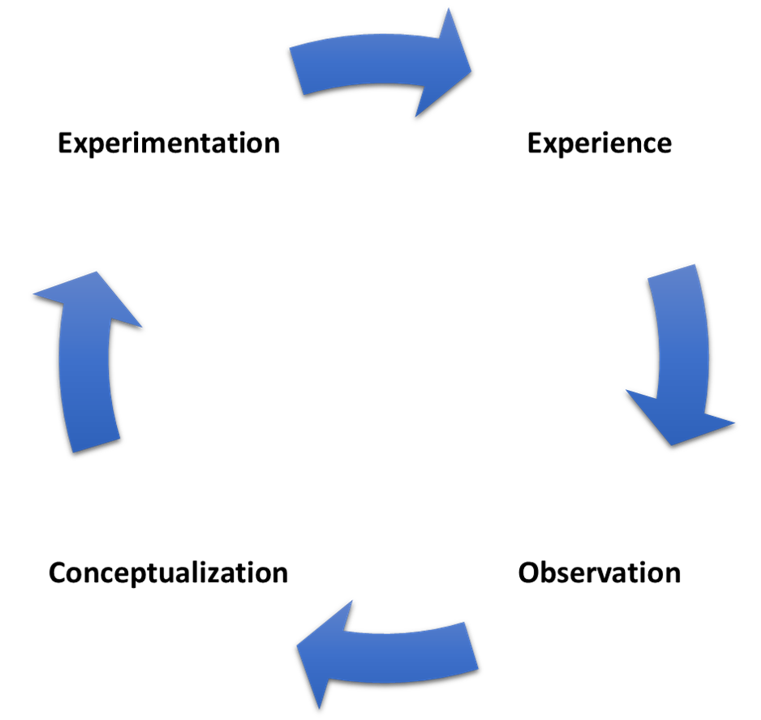 Although this wheel of learning has been known for a very long time, it did not stop the French education system to be essentially based on conceptual learning during the entire 20th century. What else to expect from the country of René Descartes and his Cogito ergo sum ? And no surprise that we have abroad the reputation of being “intellectual” as opposed to pragmatic in our approach to solving problems. We have been educated like that. France has waited for the beginning of the 21st century to discover the virtues of apprenticeship, in particular in Business and Engineers Schools, i.e. the elite supposed to lead the economy. Even the national monument ENA (Ecole nationale d’administration) is introducing apprenticeship in its programme in 2021…

Having been educated in the old system, like most people from my generation, what I remember is less the courses than the teachers who where making the difference in this archaic way of learning.

As unlikely as it may seem, I had the historian Georges Minois, author of 50 books, as a high school teacher. 45 years later, I had a “Madeleine de Proust” effect when I saw him in “Secrets of History”, Stéphane Bern’s TV show. At that time, he was in his late twenties and was teaching in Saint-Brieuc where I was living. His huge knowledge was clear, but even more impressive was his art of enthusing us and engaging us. When Georges Minois was describing the Battle of Waterloo in detail, we could really feel we were there, and it clearly gave me the passion for History. The “Minois” code that we can extract for exponential learning was therefore : Enthuse  →  Engage   →  Enable

Enthuse is the first fundamental step, often neglected by companies who want to go immediately to action mode and prefer to talk about Engagement. A trivial example helps to understand the distinction between Enthuse and Engage. If I’m not hungry, all efforts to engage me in eating will be completely useless. As Jim Lafferty, my colleague at the board of directors of RG Brands, CEO and Olympic coach, likes to repeat : ” Winning isn’t everything. But the desire to win is.”

Another memorable character was Mr. Tessier, my French teacher who was a master of Empower → Enhance, the last two words of the exponential learning code, but he did it the old-fashioned way : strict discipline. Three spelling errors in your essay, and you scored zero. He never raised his voice, and never blamed or mocked his students. With the enthusiasm of Droopy, he would say laconically : “Le Goff, I regret, zero.” With such a powerful incentive, it is clear that my reasonably good level in French spelling is due to Mr. Tessier, and thanks to him, I received 17/20 in French litterature at the baccalauréat. As Patrick Lencioni perfectly identified in the 5 Dysfunctions of Team, High Standards are a condition for high accountability, hence Empowerment and the desire to improve.

Mr.Minois example shows that the secret of the sequence Enthuse  →  Engage  →  Enable, is to create a compelling narrative which will trigger a powerful inception in your mind. In the case of  Value R the inception is generated by an environment “almost real”, as perfectly coined by Gilles Morel, President of Whirlpool EMEA. As for The demanding spirit of Mr Tessier is reflected in Value Race with its high standards, well described by Mohamed Zariouhi, VP Supply Chain group Bel.

It is a game but it is also reality. Its is an immersive experience for teams in a compressed scale. Built around a real business case, it reveals how collectively we can best create value. 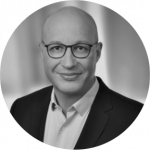 The Business Game has enabled our teams to become fully aware of the difficulties in implementing S&OP. It is a challenge that brings humility and has been, for us, a revelation of the need to change some behaviors. 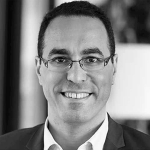 A good video being always better than a long demonstration, let’s conclude with multicultural teams, playing Value Race between China, Malaisia, Algeria, Morocco, and France, and see how they seem to have embraced the powerful quote from Gandhi: “Live as if you were to die tomorrow. Learn ad if you were to live forever.” 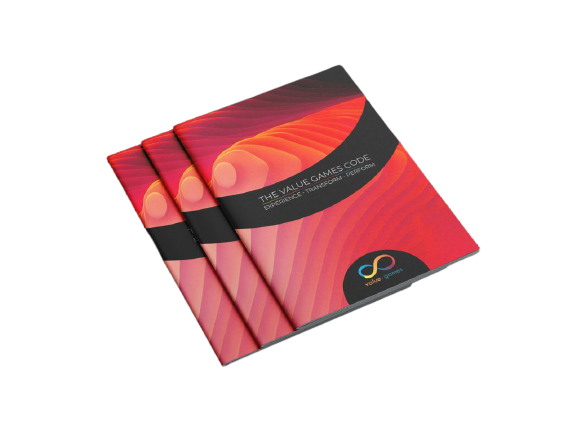